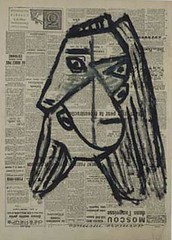 The Oklahoman published an editorial Sunday that smugly purports to apply superior logic to the same-sex marriage issue, but it’s based on a false comparison, relies on a sweeping generalization and really has no valid point.

Is the newspaper opposed to same-sex marriage or not? The answer to that question doesn’t seem to be the point of the commentary, but its claims really beg the question.

Consequently, the editorial states, ” . .  . some would have Americans believe that Second Amendment rights are severely limited and subject to onerous regulation, while gay marriage is an unassailable constitutional right that can’t be restricted in any capacity.”

Who is this “some” that “would have Americans believe”? The editorial doesn’t even use its “usual suspects” or “vested interests” tropes. More specifically, why does this even matter in terms of either issue?

There are two points to make. One, guns and same-sex marriage are not related issues even in the larger and presumably weird brain universe of an editorial writer for The Oklahoman. No one is denying anyone the right to “keep and bear arms.”  We might debate gun regulations, as the editorial points out, but the “some” who “would have Americans believe” is simply a made-up bogeyman used to fuel fear and anger among right-wing extremists.

Second, a citizen’s basic civil and legal right to enter into a government-sanctioned marriage is far more important than specific rulings related to gun control. “Some” may argue against this, but note that I’m not arguing the Second Amendment doesn’t allow people the right to have guns. I’m simply saying a common sense rule that, for example, prohibits a student from carrying a loaded machine gun into a kindergarten classroom for show and tell doesn’t carry the same gravitas as a law that denies people equal rights.

But to The Oklahoman it all comes down to this bit of nonsense:

Those who support gay marriage but oppose gun rights, in comparison, must argue a snippet of two constitutional amendments generates specific meaning regarding marriage regulation, but that explicit Second Amendment language provides a far lower level of constitutional protection.

Again, what is the point? Is it that people who support same-sex marriage should go get some guns and wave them around in public at rallies so they can be consistent in their arguments? What is the newspaper’s position on same-sex marriage, which has been ruled legal here by a federal judge, a ruling that is now stayed while it’s under appeal? That’s the most important issue. Why is the newspaper avoiding it?

Given the ultra-conservative editorial views of The Oklahoman, it’s not difficult to presume it’s against same-sex marriage, but its failure to address the issue in a straightforward manner shows the weakness inherent in any argument it might make against equality.

I’m in favor of same-sex marriage and equality for everyone. I’m not trying to hide that with rhetorical subterfuge or tricky arguments designed to fuel paranoia. At the very least, The Oklahoman should allow consistent dissenting views to its tortuous right-wing laments, but that’s not going to happen anytime soon.