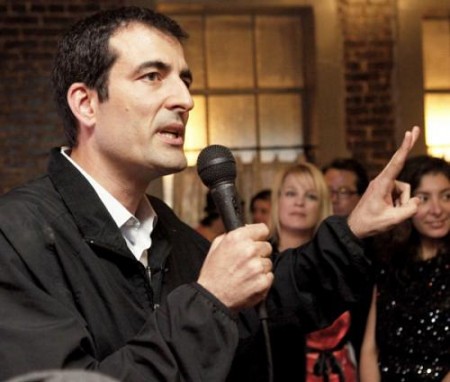 It’s no secret that I hope Oklahoma City voters elect Ed Shadid as their mayor this coming Tuesday.

As the Ward 2 Oklahoma City councilor, he has also proven himself to be a tenacious watchdog of taxpayer money through his questioning of MAPS 3 funds and projects.

He has attracted a huge mass of passionate followers who show up by the hundreds when he conducts public forums on issues such as urban sprawl. As a long-time area resident, journalist and college professor, I have never seen this much direct citizen participation in city issues, which Shadid has pretty much solely generated and cultivated.

Shadid has also received the endorsements of a wide range of organizations and people, from the local Fraternal Order of Police to the city’s firefighters’ union to local journalist Patrick McGuigan, who writes in the City Sentinel, “Shadid aims to establish a more inclusive government.” Republican Bob Dani, who leads the conservative High Noon Club and also endorses Shadid, writes in the Oklahoma Gazette, “I support candidates who are committed to fiscal responsibility.” Shauna Lawyer Struby, a progressive involved in sustainable living and health issues, also writes in the Oklahoma Gazette, “Shadid sets the standard for accessibility in public service by actively engaging with his constituents, meeting with people from all walks of life.”

Shadid’s campaign has generated intense interest among such diverse media outlets as The Lost Ogle, which conducted interviews with him and his main opponent Oklahoma City Mayor Mick Cornett, and News 9 and the Oklahoma Gazette, which worked together in polling the race. The Red Dirt Report, a local media site, has relentlessly covered the race, often focusing on Cornett’s refusal to debate.

All this media energy is exciting and bodes well for Oklahoma City.

I’ve talked with Shadid a few times since 2011. He has a subtle and endearing charisma. He is honest about himself personally and his ideas. As someone who has written about Oklahoma politics since 1982, I’ve never encountered a politician with such sincerity and clarity. Not only has he never tried to hide his long-time recovery from drug addiction, he has repeatedly used his story to help others and local drug-treatment systems and efforts. For this he should be lauded; instead The Oklahoman vilified him by sanctimoniously demanding the release of decade-old divorce records, calling attention to his past.

I don’t think it’s a stretch to argue that Shadid has become a major symbol for many of us who have been attacked relentlessly here for simply trying to get our voices heard.

I have to agree with McGuigan that the city needs “a fresh voice.” Cornett, who has done some good things as mayor, has served now for 10 years. He has been mayor during a time of a downtown renaissance that has enriched some of the city’s powerful elites at the overall expense of the city’s neighborhoods. His refusal to debate Shadid and the other two mayoral candidates only reinforces the idea that he will continue in this direction as long as he remains the city’s top leader.

Urban blight still haunts the city, which needs more police officers, more walkable spaces and better public transportation. These issues, which Shadid has raised in his campaign, may not be as immediately exciting as a Kevin Durant slam dunk, but at the end of the day they are extremely important to our quality of life.

Shadid would be an outstanding, innovative mayor for all Oklahoma City residents.