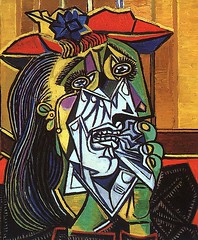 There’s always a lot of brief media attention when the latest report comes up documenting the unbelievably high rate of mental illness here in Oklahoma, but there’s never much discussion over why that is the case.

The federal Substance Abuse and Mental Health Services Administration (SAMHSA) issued a report recently that showed Oklahoma ranked second in the nation in both serious mental illness and all mental illness, ranking just behind West Virginia and Utah, respectively.

That means that 5.24 percent of Oklahomans 18 or older suffer from such serious mental illnesses as schizophrenia and severe depression while a whopping 21.88 of Oklahomans 18 or older suffer from what some might consider less debilitating forms of mental illness, such as low-grade or temporary depression. The data is from the years 2011 and 2012.

The impact of mental illness on the quality of life here, whether one suffers from symptoms or not, cannot be underplayed. It can raise the crime rate, lower work productivity and wreak havoc in families.

So why do Oklahomans suffer from so much mental illness?

One thing is sure. The state spends little public money in prevention, programs and maintaining mental health facilities, at least compared to the national average. This has a snowball effect because untreated mental illness can escalate into deeper problems.  A low-grade depression, for example, could turn into clinical depression that is more difficult to treat.

But I would like to posit some other reasons for the high rate of mental illness here, many of which can be ascribed to the state’s particular “DNA”:

Lack of awareness. I would argue that many Oklahomans don’t even accept some forms of mental illness as valid and embrace a “pull yourself up from the bootstraps” mentality. Obviously, most people can recognize when someone is completely delusional in a real medical sense, but what about people who are simply extremely sad or anxious? Should they just get over it? Those sad or anxious people can face, then, a bias and a feeling that they’re abnormal, which can accelerate their conditions. We simply must get over the stigma of mental illness.

Bias against education. I have long held that there remains among many Oklahomans a bias and distrust of education. This can be seen from the inadequate funding for schools in the state to legislative bills that attack the scientific principle. What this does is inhibit basic awareness of psychological problems on individual and cultural levels.

Poverty. Oklahoma has a long history of being an impoverished state with poverty rates lower than the national average. What this means is that some people here tend to self-medicate or tough it out without treatment, if they can even find treatment, which leads to the next reason.

Poor medical access. The lack of medical access in Oklahoma has been a long-term dilemma, especially when it comes to mental health. The state needs more psychiatric and substance abuse facilities. It needs more outpatient facilities. This would be an investment that could really enhance the quality of life here.

The intangibles. I have argued in the past that Oklahomans, and I realize I’m generalizing, tend to tough things out in their lives. But there are so many aspects of life here that can contribute to mental illness, such as the severe weather, living in urban and rural blight, religious oppression and the lack of walking spaces within Oklahoma City’s massive urban sprawl. Physical exercise can help improve one’s basic outlook on life. Mental illness is an individual condition, of course, but one’s cultural and geographical milieu is always a factor in terms of mood and philosophy.

All this is not to say that Oklahoma is necessarily a bad place to live. For some people, obviously, it’s a wonderful place. But studies like this one point to real foundational problems in the state. It will take a holistic approach to solve it, but improving awareness and investing in mental health facilities and programs is a basic step in the right direction.