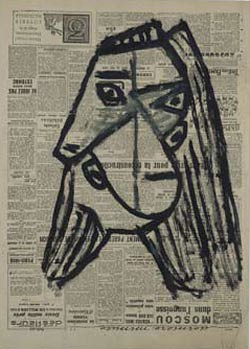 Even as its own website, NewsOK.com, launches a page tracking earthquakes in a 400-mile radius around Oklahoma City, the editorial board of The Oklahoman continues to argue the science isn’t settled when it comes to linking injection wells to the dramatic surge in seismic activity here.

In other words, the state’s largest media company wants to use the earthquakes to attract readers and advertisers while not taking an active role in pushing state leaders to declare a moratorium on injection wells used in the oil and gas drilling process.

On Friday, NewsOK.com announced its new site tracking earthquakes right under an advertisement. It does actually map out the earthquakes rather than just supplying coordinates like the Oklahoma Geological Survey site, but any earthquake over 3.0 magnitude is going to receive wide media coverage anyway and so people can find out its location easily enough.

The big announcement was followed by a Sunday editorial that applauded the recent decision by the Oklahoma Corporation Commission to require injection well operators collect daily information about their operations. But the editorial made this clear:

Whether the injection well-earthquake link is real isn’t a matter of “settled science.” Far from it. But enough cause for concern is extant that the rules make sense.

And even if the science does get settled linking earthquakes to injection wells, that’s no big deal, according to the editorial, which claims:

We’ve said before that energy production is a messy business but nevertheless vital. Tradeoffs are inevitable. If the siting of injection wells is linked to earthquakes, this doesn’t mean no such wells can exist. It means the choice of location is more critical than previously thought.

The editorial, of course, fails to specifically mention any of the studies and reasoned arguments here and elsewhere that have linked earthquakes to injection wells. The issue is particularly pressing in California, which has a high rate of earthquakes each year.

In the oil and gas drilling process, which includes hydraulic fracturing or “fracking,” leftover wastewater is injected in rock formations beneath the ground. It’s becoming increasingly clear the process can destabilize formations connected to fault lines and thus produce earthquakes.

The basic evidence is compelling. The state’s mini-boom in oil and gas drilling because of fracking has been accompanied by a dramatic surge in earthquakes, including a 5.7 magnitude temblor that struck near Prague in 2011 that damaged several buildings. Oklahoma was ranked second in the nation in the number of 3.0 magnitude or higher earthquakes-99-in the nation in 2013. There have been more than 30 earthquakes, most of them small, since Friday, according to the Oklahoma Geological Survey.

Given the number of earthquakes here in recent years, the scientific studies linking them to injection wells and the potential of property damage, personal injury and even loss of life, the most prudent action would be to place a moratorium of some type on injection wells here. That would give regulators, scientists and the oil and gas industry time to further study the issue. What’s for certain, however, is that it’s not in the interest of any private company to admit what they’re doing is producing earthquakes. That could create a financial liability issue.

The Oklahoman fails its readership as usual when it doesn’t allow sustained dissenting views to its ad nauseam worship of the oil and gas industry here. The fact NewsOK.com is employing typical salesmanship and hype to attract readers to its Oklahoma Earthquakes page just makes it even worse. Why not push to simply solve the problem instead of commercializing something that could lead to property damage and depreciation or, worse, bodily harm?

It should be noted The Oklahoman is owned by Philip Anschutz, the Colorado billionaire who made a fortune in the oil business.