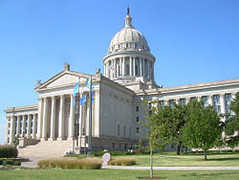 The editorial response and news coverage by The Oklahoman of the education rally at the state Capitol Monday is an example of the attitudes and false claims that have made sure the state funds public schools at one of the lowest rates in the nation.

On the other hand, it didn’t help the public education cause here in the state that leading educators at the rally didn’t push for specific legislation or funding initiatives. The lingering residue from education-related State Question 744, which was crushingly defeated in 2010, probably didn’t help either.

In an historic event, an estimated crowd of 25,000 to 30,000 people, many of them teachers, administrators, students and parents, rallied at the Capitol Monday under the banner of asking for more money. They have an excellent case. Education funding has dropped by more than 22 percent since the economic downturn in 2008, and the state is almost always ranked among the lowest five states in the nation in per pupil funding if not dead last.

All this has translated into larger class sizes and low teacher salaries. This, in turn, has led to teacher shortages. Meanwhile, excessive testing and too much bureaucratic and political intrusion into the learning process, along with the inadequate funding, have combined to become a real assault on our public schools. There is a growing awareness of this assault throughout the nation. It still remains a question whether this awareness is happening in Oklahoma beyond those in the education field.

The Oklahoman, an ultra-conservative newspaper owned by Colorado billionaire Philip Anschutz, responded on its editorial page with typical anti-education sloganeering as the rally neared. I will cite an editorial it published on the day of the rally. In that editorial, the newspaper argued the rally was a “disservice” to students. Many districts used a snow day to allow teachers and students to attend, and this was wrong, according to the newspaper.

But the most telling argument in the editorial deals with education funding. Here’s the argument verbatim:

Not one member of the Legislature is unaware of how public schools feel about education funding. Lawmakers understand that school budgets have been cut in recent years. But they also know the check written to common ed is always larger than any other government entity. And they’re aware that no superintendent believes his or her district gets enough financial help from the state – ever.

Let’s parse this a bit because there are standard conservative talking points or false claims here when it comes to education funding. First, yes, common education gets the most amount of funding from state government but that has no correlation to whether schools have sufficient money to operate. There are more than 670,000 public students in the state. It’s only logical that education would receive the most money. Second, it’s just a false and unprovable claim that school superintendents will never believe they get enough money from the state. Oklahoma has provided inadequate funding education for decades. The premise has not even been close to tested nor will it ever be. This is simply hyperbole.

Schools get the most money from the state. No school superintendent will ever be satisfied with the amount. Therefore, educators should shut up and stay home. This is what passes for intellectual argumentation in this state.

Meanwhile, in its main story about the rally in NewsOK.com, the web site of The Oklahoman, the reporters use comments by Brandon Dutcher, the senior vice president for the ultra-conservative think tank, the Oklahoma Council of Public Affairs (OCPA). Dutcher is allowed to make two suspect claims: (1) Education funding is at an all-time high. (2) There’s no evidence that ties funding to school performance.

Dutcher claims to use figures from state, federal and local sources to make his funding claim, but the evidence is not provided in the story. Some school funding is obviously dedicated to specific uses and doesn’t mean it’s going directly into the classroom. As far as the school performance issue goes, the cause and effect evidence on a larger scale is quite clear. For example, Oklahoma has one of the lowest per pupil spending rates in the nation along with low college graduation rates. Is there a correlation? That’s worth a look at the very least. The point is that Dutcher is allowed to make his claims unchallenged in a story that should be focused more on claims from teachers and administrators. When’s the last time OCPA sponsored a rally that attracted 30,000 people to the state Capitol? This is simply biased reporting.

In the end, though, supporters for more school funding here perhaps should have rallied around a more specific initiative. It’s worth noting that House Bill 1017, the educational reform bill passed in 1990, had specific components. This is probably difficult to do now because of the 2010 defeat of State Question 744, which would have required the state to eventually fund education on a per pupil basis at a regional average. The question was crushed in an 828,529 to 189,164 vote. Two of its leading opponents were former Gov. Brad Henry, a Democrat who appeared in television ads urging people to vote against it, and Oklahoma Policy Institute director David Blatt, who spoke at Monday’s rally. His opposition was often cited by The Oklahoman as a reason to vote against the proposal.

As I noted earlier, The Oklahoman argues, “Not one member of the Legislature is unaware of how public schools feel about education funding.” That’s actually true. But they also know that voters here and supposedly those people who claim to be sympathetic to education concerns won’t even consider “average” school funding and at a “regional” level at that. Can we at least go from “abysmal” to “mediocre” funding then? Perhaps, SQ 744 was ill-advised or timed wrong, and there’s no sense in living in the past, but its overwhelming defeat told us much about voters and education politics here. What real progress can be made in this suffocating environment when it comes to education funding remains to be seen.