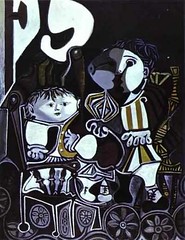 In reality, the bill could be the start of a much-needed movement here in Oklahoma to stop the focus on high-stakes testing in general while refocusing curriculum outside the parameters of failed school reform efforts. Let’s hope that’s the case.

In recent testing, nearly 8,000 third grade Oklahoma students scored low enough to fall under a law that could have technically retained them. The legislature then passed a bill relaxing the retention requirement, allowing for parental input, which Gov. Mary Fallin vetoed. The Republican-dominated legislature responded by overriding Fallin’s veto.

Oklahoma has been increasingly held hostage to a dissipating reform movement that starves its schools of needed funding and resources and then punishes them using low test results as a cudgel. One focus of this movement has been to attack teachers and teacher unions instead of dealing holistically with students’ problems and needs. It also promotes charter schools, which can leave poor-performing students behind. It’s not happenstance that the schools with the lowest scores often have the highest number of impoverished and minority students.

Instead of dealing with the very real socio-economic issues of some children, the reformers want to punish and to show failure rather than to develop larger ways to deal with student performance. Both Barresi and Fallin, who supported the draconian retention law, use sanctimonious rhetoric about helping students, but their rigid stance implies that poverty or hunger or health problems don’t matter when it comes to testing.

Where there are low test scores, where there are higher dropout rates than the national average, is where there is concentrated poverty. Now, we cannot, obviously, wipe poverty out overnight, but there are many things we can do to make school a stronger equalizer than it is today.

Teachers and principals working in inner-city schools with high numbers of impoverished students are the people who know what’s really going on in our educational system. Administrators, such as Barresi, and politicians, such as Fallin, try to engineer the educational system from above with ideology, and it doesn’t work.

High-stakes testing is an error. There’s nothing wrong with testing itself or with appropriate assessment and measurement, but to stake the perceived quality of your entire state school system on one test seems like an act of unstated intentions. If students can’t read at grade level, then let’s go all out and help them. Let’s mobilize, act urgently. Most of us can agree on that. But that means more teachers, smaller class sizes, increased individual attention that may cross over into the realm of family life, health, nutrition and psychology.

The fact the GOP-dominated legislature stepped up to defy fellow Republicans Barresi and Fallin on this issue tells us that the high-stakes testing movement could be coming to an end here in Oklahoma. Could it also be an indicator that Barresi might face reelection problems?