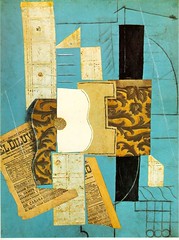 I will be on an academic trip to Europe over the next couple of weeks or so, and while I still plan to blog, my posts might not follow my normal schedule given time differences and my professional obligations.

I hope that at least some of my content will deal with comparisons between Europe and the United States about sustainability, public transportation and medical issues. The medical issue is personally important one to me as I write this. For example, I’ve been unable to speak with my primary care physician or anyone in his office besides a receptionist in the last two days. I’m almost sure I can take care of what I need at a pharmacy in Europe, but I’m not 100 percent on that. Basic medical access, intentional limits on contacting physicians and ever-shifting, meaningless bureaucratic rules governing medicine, hiding like hateful cowards under the ugly curtain of greed or just plain ignorance, remain a huge problem here in Oklahoma and in other parts of the country.

It’s also my plan to watch and write about a House of Commons session in London. I’ll always weigh in on Oklahoma issues if something major happens. It’s always refreshing to view some of Oklahoma’s ongoing political debates from different places, especially when in other countries entirely.

My first stop is Utrecht, Netherlands, or more specifically Utrecht University, established in 1636 and proclaimed as one of the oldest and largest universities in Europe. Utrecht is about 20 miles south of Amsterdam. I fly into Amsterdam, and then take a train to Utrecht. Fortunately, my hotel is within walking distance of the university.

The University of Utrecht is hosting the XXIV International James Joyce Symposium this coming week. I’m presenting a paper on Joyce’s 1922 novel Ulysses, a paper that deals with the character Leopold Bloom and the Circe section of the novel. For those who aren’t familiar with the novel, it’s a modern augmentation and reflection of Homer’s poem the Odyssey and set on June 16, 1904 in Dublin, Ireland.

The novel is considered a major work of genius and the foundational text of literary modernism. The date June 16 is celebrated as Bloomsday throughout the world in honor of one of the novel’s three main characters. I just happen to be giving my paper in the morning of June 16 so I can gleefully usher in my Bloomsday with some salacious malarkey about Bloom himself after cooking up and eating my usual fried kidney. I’ll be careful not to burn it.

After Utrecht, I’m off to Paris, London and Dublin. For the first time, I’ll be taking a train through the Channel Tunnel, known as the Chunnel, from Paris to London, which runs under the English Channel for 23.5 miles.

In Dublin, I hope to get to know just a wee bit better the city and country of the exiled Joyce, an author I’ve studied and taught for a long time now.

« It Gets Worse
Utrecht, Netherlands: Censorship and Threat of Bike Violence »