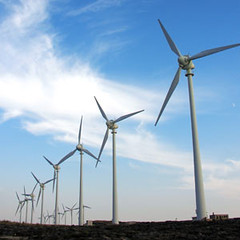 Oil prices could drop soon to the $50 a barrel range and earthquakes rumble daily here as oil and gas companies in this country, especially in places such as Oklahoma and Texas, refuse to address the negative economic and environmental consequences of their fiendish fracking frenzy ways.

It’s about as obvious as it gets at this point the boom has gone bust, which it always does and always will, until there’s not a single drop of oil left in the ground here in Oklahoma.

So what does the government of Oklahoma City do in this period of uncertainty in the energy market here? Well, right now, it appears poised to allow a company to deploy directional drilling and hydraulic fracturing or fracking just south of Lake Hefner, one of the area’s main water supplies.

This would be a huge risk for everyone in central Oklahoma, not just for Oklahoma City or people who live near the lake. Environmentalists have long argued that fracking leads to water contamination. Scientists have recently linked earthquakes to the disposal wells used in the fracking process. It’s a filthy process with negative environmental consequences. To allow new fracking near a larger metropolitan city’s water supply would simply be a blatant if not intentionally craven act of sheer madness. Perhaps, that’s too much hyperbole, but common sense would dictate a city government would do everything in its power to protect its drinking water.

Oklahoma City has sent out a notice that a public meeting on the issue will be held at 6 p.m. Thursday, Dec. 18 at the Will Rogers Conservatory, 3400 W. 36th Street in Oklahoma City. The discussion will be over a proposal by Pedestal Oil Company to proceed with “oil and gas exploration on the Lake Hefner Reservation.”

The notice indicates the company officials will “present an overview of the project and protective measures that will be taken.” In other words, there’s a real chance citizens will be given little input at that particular meeting as the corporate hacks drone on with double-speak. Will they bring some confusing charts to display and then end the meeting early? It wouldn’t surprise me.

With less than a week’s notice, a public meeting will be held in which Pedestal Oil Co. will announce their plans for oil and gas drilling, including directional drilling and fracking, immediately adjacent to Lake Hefner. Three years ago nearly 100 people came to a community meeting to protest. It has been quiet until this week when the OKC Water Trust announced this meeting one week before Christmas. Although this is the busiest of times, please attend if you are interested and able.

Note “one week before Christmas.” This seems like it’s an obvious ploy of collusion between some Oklahoma City officials-not Shadid, of course-and the oil company to limit citizen participation and protest in the meeting. That’s how the power structure operates here. It limits free speech. It marginalizes and bullies. Its trademarks are secrecy and sneakiness and collusion.

The KFOR news site quoted Shadid this way about concerns over the proposal: “For the neighborhoods in ward two, it’s the sounds, the traffic, it’s damage to the area, it’s those, the thousands of people who use the trails in Lake Hefner, it’s any potential risk to the city’s water supply.” Shadid makes great points. It could affect EVERYONE in this area in one way or another.

Meanwhile, The Oklahoman editorial board continues crying over the world’s oil glut caused by the fracking boom that has dropped prices from more than $100 a barrel to the $60 a barrel range in just a few months. Some experts predict it could even go into the $50 a barrel range. I predict it will drop below $50. (I’ve been right before on this issue.) Sure, that’s bad in certain ways for the state economy because of an expected decline in gross production tax revenues and perhaps a loss of some jobs, but this glut was easily foreseeable and the newspaper has done nothing but encourage more and more drilling.

Fracking is a process in which massive amounts of chemicals and water are injected by high pressure into rock formations releasing fossil fuels. The can lead to drinking water contamination, according to environmentalists. The wastewater is then injected into what are known as disposal wells. The disposal well process is believed by scientists to cause earthquakes. Oklahoma has experienced a dramatic surge in earthquakes during the recent fracking boom. The overall oil and gas industry, with the support of The Oklahoman editorial board, have basically argued there’s no conclusive proof this is the case.

I don’t know how much oil and gas drilling there has been around the Lake Hefner area through the years, and, yes, it’s conceivable that extra measures could be taken to protect one of the area’s main and important water supplies. But, really, why take any chance at all of polluting Lake Hefner?

We need water to survive. We can’t drink or water our lawns with oil.

« Pruitt Gets Ogled, Funked For His Unethical Behavior
Iran and the U.S. – Choosing Commonality »