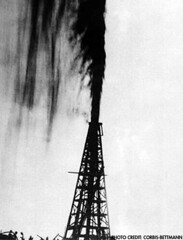 This is just a short reminder that a public meeting to discuss a proposal by Pedestal Oil Company to drill for oil and gas, which would apparently include fracking, just south of Lake Hefner will be held at 6 p.m. Thursday, Dec. 18, at the Will Rogers Conservatory, 3400 W. 36th St., in Oklahoma City.

It’s an important meeting, which comes at a busy time of the year, because Lake Hefner is a main water supply for Oklahoma City. Environmentalists, as I mentioned in my last post, have long argued that hydraulic fracturing, or fracking, can cause water contamination. Scientists argue that the dramatic surge in earthquakes here in Oklahoma can be linked to wastewater disposal wells used in the fracking process.

The Lake Hefner area is also a major recreational area for the city, with trails and a golf course, and it’s uncertain how drilling activities would impact this aspect of the area in terms of noise, scenic beauty and basic access. It’s difficult to imagine it would do so in any positive manner.

Again, here’s my last post, which goes into more details about the proposal and other related issues. As I wrote, “. . . common sense would dictate a city government would do everything in its power to protect its drinking water.”

Why frack Lake Hefner? Right now, there’s a world oil and gas glut that has driven down prices and could well do damage to the state economy, which is heavily dependent on the energy industry. There are undoubtedly many other places to drill in Oklahoma. Why do it adjacent to an important water supply?

A NewsOK.com story mentions that under the current proposal, the Oklahoma City water utilities trust stands to earn 21 percent in royalties from the drilling, but, really, is it worth the risk? If Lake Hefner were to get contaminated with chemical toxins, it would be a major crisis in central Oklahoma.