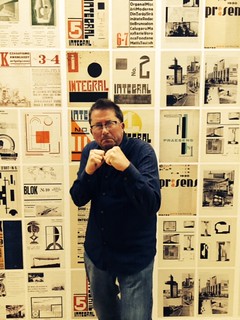 I thought I might use France’s Charlie Hebdo tragedy and an absolutely inane guest editorial column published this week in The Oklahoman about it to riff briefly on the local media scene here.

As you know, two Islamist extremists stormed into the Paris-based office of the satirical magazine Jan. 7 and killed 12 people and wounded 11 more. Ostensibly, the terrorists murdered and injured people in the office because the magazine had a long history of running satirical cartoons mocking Mohammed, who is considered a prophet by Muslims.

It was an act of utter, unmitigated evil, and it really has the potential for a self-imposed suppression of freedom of expression and the press. Most major American publications, such as The New York Times, for example, were too scared and cowardly to even publish one or two of the provocative cartoons in their coverage of the event and consequently the terrorists won yet another victory. But at least Charlie Hebdo goes on. It was published today with another cartoon mocking Mohammed.  Good for those who published the magazine after the tragedy. Good for Paris for standing up to evil and hate. Vive la France!

All the basic facts of this act of terror are well known to anyone who cares about geopolitics and our connection to the rest of the world in this country so it seems almost an act of tedious repetition to comment on it here in backwards Oklahoma, which is not known for embracing the outside world in great numbers and has produced image-destroying politicians like U.S. Sen. Jim Inhofe and state Rep. Sally Kern. I tried to talk to one of my students about the incident yesterday, and the student didn’t even know what I was talking about.

But The Oklahoman did publish what appears to be a right-wing and extremist guest column about the terrorist act that might tell us something larger about the local media scene here that goes beyond the Charlie Hebdo tragedy. The question is one of, again, suppressing or not suppressing freedom of expression in a press too scared and too timid to speak truth to power.

First, let me deal with one of the most asinine columns ever published by The Oklahoman. It was written by John W. Traphagan, described as a “professor of religious studies at the University of Texas at Austin.” I don’t know how this Texan’s column ended up in The Oklahoman, and it really doesn’t matter. I will say unequivocally that Traphagan’s column is ridiculous.

Let me summarize Traphagan’s absurdist argument: The Charlie Hebdo tragedy is bad because it’s a threat to the freedom of expression, but this country has its own threats to the freedom of expression, most notably when a large group of students at Rutgers University protested a scheduled commencement address by former right-wing Secretary of State Condoleezza Rice, who later withdrew from giving her speech. I really do try to refrain from loaded hyperbole, but in this case I will make an exception. Traphagan’s column is idiotic.

It simply amazes me this argument was even published in a media outlet if The Oklahoman still qualifies to be known as a media outlet. Perhaps, it was published in many publications as astute commentary. No, it’s not astute. It’s asinine. Do I even need to go through the major false comparison here for discerning readers? Essentially, Trahagan is arguing that those protesting Rutgers University professors and students are just like the Islamic terrorists who killed journalists in Paris. That’s a major error in thinking and logic.

I will spend one more paragraph on this stupid, stupid argument. The Rutgers University professors and students were the ONES exercising their right to freedom of expression. They already knew the warmongering and right-wing positions of one of former President George W. Bush’s favorite toadies and useful tools to promote war and death and torture. Rice has a plethora of ways to express her views. She can speak at conservative colleges or other colleges that would welcome her. She can write op-eds that I’m sure major publications, such as The Times, would automatically publish. She can appear on Fox News, of course. In fact, she could probably have her own show on Fox News. She could blog. She could tweet. She probably has enough money or could obtain enough investment money to start her own publication or even television network. She could probably talk to the current President of the United States if she wanted. In essence, she’s the ONE with the huge platform of expression, not some undergraduate English major or some adjunct biology professor at Rutgers University. Traphagan, you’re the one who wants to limit freedom of expression, not the students and faculty at Rutgers University. Shame on you, man.

If anyone has read this far, allow me to use this to frame a little spat among three local medial outlets that DO or at least have tried in the past to speak truth to power. Those publications would be the Oklahoma Gazette, The Lost Ogle blog and the Okie Funk blog.

The Lost Ogle and Okie Funk have recently poked some fun at the Gazette for losing its edge. The Gazette never was a Charlie Hebdo, of course, and the political climate here since its inception has always made it impossible for it to even come close to emulating alternative publications in places such as Austin or New York.  But the Gazette in the last three years or so-dating mainly since former editor Rob Collins left the weekly-has lost its edge. There are fewer and fewer in-depth and meaningful stories and the commentary section has been given over, for the most part, to flacks from think tanks or nonprofit organizations and politicians that are pushing definite agendas. It doesn’t matter if I agree with these agendas or not and, believe me, many times I do, but the writing is predictable, constrained and BORING. As I said, there have been exceptions, but not enough to keep my interest. Much of the material can be found in some form on the sites of these nonprofits. The Gazette is just repeating extremely old material already published on the web.

Yet, really, who am I or Patrick Riley at TLO to question this new model at the Gazette? It seems obviously business-based as hard-copy publications decline in popularity because of the Internet. If it works financially for the Gazette, then so be it.  I guess Riley and others, including myself, could try to buy it, but what a risk in today’s market. Yet, even given what I’ve just written, I want the Gazette to thrive even in its current form. This might just be a period of retrenchment or discovery or whatever for the Gazette. Things can change. I’ve known the last three Gazette editors and one of the initial, founding editors Randy Splaingard, and I have nothing but good things to say about them. I would give them all a group hug and tell them just to do what you can do to speak truth to power, especially to The Oklahoman, given the circumstances of the media market right now and the limited advertising dollars.

But, as I’ve argued, TLO, in particular, is pushing the edge by not adopting the old, tired journalistic frameworks and cliches. It takes chances. It makes readers at least pay some attentio
n because they never know what might come next. It’s abrasive and sarcastic, and it’s founder, Riley, has found his writing voice through the years. I like his sentences most of the time. As I’ve mentioned before in another way, sometimes TLO can fall flat just like Charlie Hebdo or certainly like this blog, but at least it’s trying. Gov. Mary Fallin deserves satirical treatment just like all powerful politicians.

So, again, if any readers are still with me at this point in this rambling piece, let me say: The Gazette, TLO, and Okie Funk, and other publications here, such as The Oklahoma Observer, the Red Dirt Report and The Gayly, are all trying to speak truth to power in one form or another given our own individual constraints and limitations. What I hope is those journalists involved with all of our publications can say in unison and without any hypocrisy “Je suis Charlie”  (I am Charlie), and continue to thumb our nose at The Oklahoman, a testament to how right-wing monopolies shut down freedom of speech to kiss the asses of the powerful and elite.