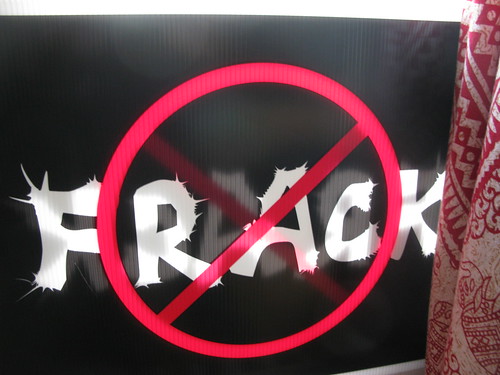 As I pointed out in my last post, it appears the state has finally acknowledged the link between the dramatic surge in the number of earthquakes here and the fracking process.

But just after that happened, the Oklahoma House of Representatives passed legislation that limits cities and towns from prohibiting oil and gas companies from fracking in their jurisdictions.  Here’s a story on the legislation.

So it sure makes it seem like the state’s new web site on the earthquake issue, which discusses the link between wastewater disposal wells and earthquakes, doesn’t really mean much.

One of the measures, Senate Bill 809, which prohibits cities from banning fracking, passed the House on a 64-32 vote and will return to the Senate. It’s expected to pass since the Senate passed an earlier version of the bill.

All this comes after voters in Denton, Texas last year voted to ban hydraulic fracturing, or fracking, in their city. Cities in Ohio and California have also recently banned fracking as well. The entire state of New York has also banned the process. As the devastating environmental impact of fracking becomes more apparent, people are starting to act through protest and the ballot process.

Oklahoma lawmakers are acting preemptively in the interests of oil and gas companies and those who get royalty checks, but in the process they are taking away the rights of other citizens to protect their property and their own safety. Allowing people local control over their lives has always been a conservative tenet, but the power of the oil and gas lobby appears to trump that idea.

Here’s the bottom line: There are plenty of places to frack for oil and gas in Oklahoma. Why even do it near high-population areas or major water supplies?

In the fracking process, water laced with chemicals is injected by high pressure into deep underground rock formations that create fissures that release oil and gas. The wastewater from this process is then injected deep underground into disposal wells. Scientists believe it is the wastewater disposal or “injection” well process that has now made Oklahoma the leader in the number of 3.0-magnitude earthquakes in the contiguous United States.

Scientists also believe Oklahoma could experience a major earthquake causing major damage because of the seismic activity. Many Oklahomans are rightly concerned that the constant earthquakes are causing damage to their homes and other property. Environmentalists have also contended for years that fracking leads to water contamination.

Right now, a world oil glut has decreased the number of fracking operations in the state, but any major event or shift in geo-politics could change that quickly. Meanwhile, Oklahoma faces a real crisis when it comes to all these earthquakes, which shake our homes on a regular basis now. We need more than a web site.