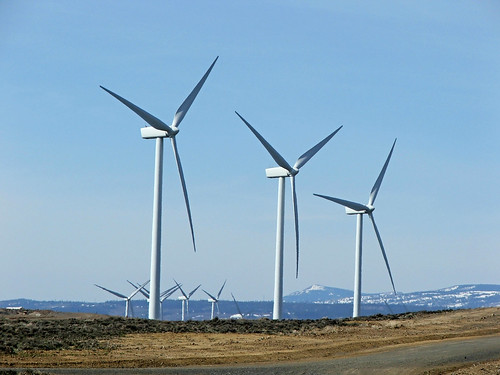 There’s not much more startling than waking up to a 3.7-magnitude earthquake shaking and rattling your house, but that’s what happened to many of us Sunday morning in central Oklahoma, and it’s the “new normal” here.

No big deal, right? The epicenter of the earthquake that hit around 7:15 a.m. was about four miles east of Edmond.

Of course, The Oklahoman doesn’t want us to worry about it because the oil and gas industry, which scientists claim is causing all the earthquakes and damaging our homes and property through an element of the fracking process, is spending so much money to try to fix the problem. But the reality is that the quakes keep coming at stupendously bizarre record levels, and our state leaders, especially the Oklahoma Corporation Commission, Gov. Mary Fallin and Oklahoma Attorney General Scott Pruitt have sold us out to the frackers.

The newspaper published what really shouldn’t be called a “story” on Aug. 23 explaining that disposal well operators have spent more than $35 million to try to stop the earthquakes. The story, written by Adam Wilmoth, is nothing more than a publicity release for the oil and gas industry, and the $35 million number is highly questionable. Here’s a paragraph from the story:

“The industry has done a really good job of cooperating and coordinating with the Corporation Commission,” Commissioner Dana Murphy said this month at the Tri-State Oil and Gas Convention in Woodward. “You’re talking about $150,000 to $250,000 or more for these companies not just to shut down their wells, but to plug them back.”

Good job? What about all the earthquakes that keep shaking things up here? A $100,000 difference in the range of money to “plug them back”? It’s completely not credible information. Do not believe anything “official” about this issue that emits from the mouths of an Oklahoma Corporation Commissioner these days. Do, however, read this story about campaign contributions from the oil and gas industry received by Murphy and other commissioners and Pruitt. Be sure to note, as I’ve pointed out in the past, that Fallin has received thousands upon thousands of dollars in campaign contribution from oil and gas interests in her political career as well.

I’ve written a version of the following paragraph countless number of times in the past few years.

In the hydraulic fracturing, or fracking, process, water laced with toxic chemicals is injected underground by high pressure to create fissures in rock formations that release fossil fuels. The wastewater is then injected by high pressure into what are called disposal or injection wells. Scientists have confirmed it’s the disposal well process that is causing Oklahoma’s staggering amount of earthquakes.

The state is on track to experience more than 800 earthquakes of 3.0-magnitude or higher this year, the most in the contiguous United States. Just a few years ago, the state only experienced two or three minor earthquakes a year. The fracking boom, which has already gone bust, has turned the central and north-central part of the state into a property owner’s and realtor’s nightmare.

The constant shaking has to be damaging homes and property. Meanwhile, people here live with the worry that one of those earthquakes is going to keep going and going and going and turn into a significant disaster that will destroy homes and maybe even kill and injure people. The scientists say it could happen. They even say it might not even matter if fracking or disposal wells were banned here. The damage has already been done. Read this about issuing a moratorium on disposal wells:

Such a ban would not only prohibit the operation of a legally permitted activity, but also shut down wells that are not linked to earthquakes. In fact, experts say shutting down injection could make the earthquakes worse, and even create larger environmental problems.

As Oklahoma’s state seismologist Dr. Austin Holland has observed, stopping injections could actually cause new earthquakes, adding that there is “a fair amount of modeling that shows that might be the case.” There are also many cases where earthquakes continue after injection ceases, according to Holland.

The only solution to this problem is political. We need political leaders who care about the vast majority of people who live here rather than one industry that donates a lot of money to campaigns and has a powerful political lobby. The oil and gas industry is going to be here until it has sucked out the last drop of oil or the last cubic foot of natural gas from the ground. The approach or approaches to stopping and limiting the manmade earthquakes may well be nuanced and complicated, but we’re not even going to get to that point with our current state leadership.

Here are seven things we CAN do:

(1) Do not trust the word of Fallin, Pruitt, any member of the Oklahoma Corporation Commission or The Oklahoman about the earthquake issue.

(2) Vote for local and statewide politicians that are concerned about earthquake damage to your home and other property.

(3) Be ready to join a class action lawsuit or lawsuits against disposal well operators and the oil and gas industry.. Standard & Poor’s, which rates credit risks, has already pointed out the possible numerous financial implications and dangers of Oklahoma’s earthquakes.

(4) Show up at meetings or town halls about the issue. The Oklahoma Sierra Club is an excellent resource to use to find out about such meetings.

(5) Carefully document any damage to your property caused by an earthquake. Note the time and date and confirm it with the Oklahoma Geological Survey. Take photographs of the damage.

(6)  Join the growing movement to create more renewable energy sources, such as solar and wind power.

(7) Know what you need to do during an earthquake. Many experts tell people to find cover under a table or something sturdy rather than run outside, which is a normal reaction.