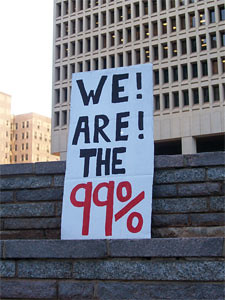 One thing not to celebrate this Labor Day is declining union membership.

Statistics show that over the last 50 years union membership in the U.S. has declined from one-third of all workers to one in 10 workers. The reasons for this are myriad, but the financial morass of neoliberal philosophy and the corporatization of American culture have left more and more workers with stagnant wages and fewer job options. Declining union membership is part of the equation.

I think it’s fair to say at the very least that the decline of unions has coincided with the growing enormous wealth disparity between the richest top 1 percent of people in this country and everyone else.

Union agitation was responsible for the 40-hour work week, job benefits like health insurance and better working conditions for everyone. It’s easy to forget the basic principle of any given union, which is to give people a voice about their working conditions. Americans, in particular, spend so much time at their jobs. All workers should have a voice.

We need unions more than ever because of the growing wealth disparity I mentioned earlier. The anti-union argument is that unions have become anachronistic because of globalization and the free markets, but that’s exactly why they are so badly needed now. There needs to be a correction.

It’s supposed to be a hot, sunny and perfect Labor Day in Oklahoma, a national holiday brought to you by, of course, union members.

« What About The Oklahoma Earthquake Crisis?
Add Wastewater Spills To Fracking Problems »