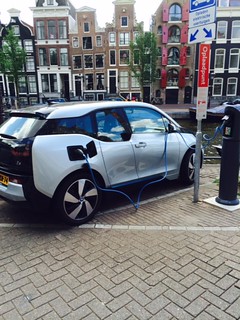 A new scientific study has determined that burning all the fossil fuel deposits on earth would increase the world’s temperatures so much it would eventually melt all the ice in Antarctica.

That would lead to rising sea levels so large it would destroy major cities in the world, create massive migration and generate huge food shortages leading to starvation, according to an article in The New York Times about the study.

I won’t rehash in detail the article or the study, which can be found here. The study notes the melting could take place over a thousand years if humans don’t do anything significant to curb carbon emissions, but it does raise questions over the short-term for Oklahoma, a state rich in fossil fuels and heavily tied to the oil and gas industry.

Here are four of those questions:

(1) As it becomes more evident that global warming in coming years is damaging the planet, how and when will renewable and less harmful energy sources displace the oil and gas industry here?

(2) Will renewable energy sources, such as wind and solar power, create as much economic development locally as the oil and gas industry?

(3) Oklahomans have endured the boom and bust cycles of the oil and gas industry for generations, but what if the “bust” was permanent and the state has failed to diversify its economy?

(4) How should Oklahoman leaders envision, say, the state in 100 years if there was little to no oil and gas production here?

When compared to the millions and millions of years it takes dead organisms to decompose and form the fossils we burn for energy, The Fossil Fuel age, or The Oil Age, will be a small blip in the planet’s history if there’s anyone left to record it.

So far the response from many Oklahoma leaders to global warming caused by carbon dioxide emissions is basic denial. U.S. Sen. Jim Inhofe, for example, has based much of his Senate career on this denial, but as the evidence of global warming becomes increasingly clear, Oklahoma leaders will need to envision a day when the oil and gas industry is severely limited or non-existent here.